Thank you for your patience while we retrieve your images.

San Fernando (Saint-Ferdinand in English) is a town in the province of Cádiz, Spain. It is home to more than 97,500 inhabitants. The city also uses the name "La Isla" (The Island), however, the city is no longer an island, but a peninsula, as it has been connected to the mainland. The people from San Fernando are locally known as "Cañaíllas" or "Isleños". In history, the municipality played a paramount role when in 1810 during the French occupation led by Napoleon, San Fernando and Cádiz were the only parts of Spain which did not surrender to the French.
The Cortes Generales met in the Comedy Theatre (nowadays known as the Real Teatro de las Cortes) and started the preparation for the first liberal constitution of Spain, which was approved in the neighbouring city of Cádiz in 1812.Flamenco singer Camarón de la Isla was born in San Fernando.It holds the Panteón de Marinos Ilustres. 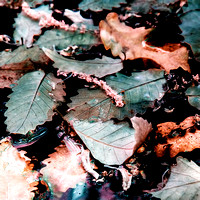